Faces of COVID-19: Haitian Parents and the Impact of the Coronavirus

As COVID-19 continues to disrupt the lives and livelihoods of families around the world, Haitian parents, in particular, struggle to find hope amid the pandemic. With a history of political instability and a political election looming in October, they are bracing themselves for another tumultuous year of potential economic downturns, school closures, blackouts, and protests.

Although Haiti, the poorest country in the western hemisphere, is no stranger to crisis, the COVID-19 pandemic is different from the rest. Dr. Kathryn Adams, a specialist in the psychology of education in emergencies with 7 years of experience in Haiti, shares how Haitians of all age-groups are experiencing a form of “collective grief” as “poor and marginalized Haitians are mourning the prospect of their lives bettering, with this pandemic coming after a string of very difficult years, and almost guaranteeing they will get pushed back into even deeper poverty.” Unlike in previous disasters, the world is not running towards Haiti in solidarity. The absence of normative, visible markers of crisis, such as casualties, burning tires, blocked roads, and material damage is causing Haitians, particularly children, to question why schools are closed and to feel “hopeless” about their future.

Knowing that the home is a child’s first school and essential to children’s and youth’s development, the GC-DWC interviewed a collection of parents from each of the ten departments in Haiti to develop a comprehensive understanding of the daily challenges Haitian parents face during the COVID-19 pandemic. Below are a selection of four stories that we believe help to capture the new normal and the role of economic disparities as well as universal difficulties in the lives of Haitian parents during COVID-19.

Lost Jobs and Next Year’s Tuition

March 20, 2020 was another normal school day for Esther Pierre, a 33-year-old mother living in Delmas, Haiti until she dropped her nine year old son off at school only to find that the school’s directors had closed the school overnight with no warning or communication. A few days later, she lost her job in the garment industry only to have her partner lose his job at the airport shortly thereafter. With no steady form of income, Esther worries about being able to afford next year’s tuition to send her son back to school in the fall - that is if his school even reopens. Additional GC-DWC interviews revealed that some local actors and educators predict that around 20% of Haitian schools will be unable to reopen in the fall due to financial issues.

For those parents with the means to send their children to elite schools, although learning has continued in various forms, the pandemic has meant a dramatic shift in the school routine. For Widelene Lyon, the mother of three boys, ages 3, 4, and 7, this means picking homework up from school on Mondays and dropping it off on Fridays, printing documents in a cyber-cafe, and facilitating a makeshift school from 10AM-3PM every day. While students from elite schools continue to learn and advance, a clear gap is emerging between them and students who do not have access to distance learning during the shutdown, eliciting concerns over a widening education gap between students from privileged and marginalized backgrounds in Haiti. Widelene is also grateful that her sons’ school arranged an awareness week prior to shutdowns to explain the virus and sanitary measures to the students: consequently, her oldest son has mobilized both the neighborhood and household to adhere to sanitary and social distancing guidelines. However, this is in stark contrast to those neighborhoods and households from lower socioeconomic brackets in which schools did not spend time teaching about the coronavirus or sanitation measures before closures and now have limited contact with students. In these communities, the virus is widely conceived as a myth or is so heavily stigmatized that people will not admit to being sick and refuse help.

James, father of three, shared that for his children living in lockdown means living “without electricity, without access to water, without sanitation, and now, without learning.” James says that his kids are happy about school closures because they hated going to school. His 4 year-old would cry on his way to kindergarten every morning. While his children view this time as a reprieve, he worries about what it means for their future and staying on track to graduate. Since schools closed, his children have not engaged in any type of learning activity. James lost his job as a porter on the Haitian-Dominican border at the start of the lockdown, forcing him and his family to survive on his meager savings. He wants his children to have more opportunities than he had growing up but fears the shutdowns and lack of learning will severely limit this. His concerns are shared by many Haitian parents who fear that not being in school will lead to their children having a higher risk of dropping out and increased exposure to risks.

Samentha Accil’s main concern every morning is how she will feed her children: a five-year-old boy and a fifteen-month-old girl. A former candy vendor, Samentha’s small business collapsed a few months ago when she had to spend all of her money on food instead of new merchandise. Her husband works clearing fields in nearby plots, and the family lives off his day’s pay. On days when her husband is called for work, they can look forward to cooking some corn porridge in the evening. On days when he is not called, the family simply does not eat. Samentha says her husband is being called less and less for work. Prior to the shutdown, Samentha, like so many other parents, relied on school canteen programs to provide a meal or two for her child; however, with the closure of schools came the halt of these vital programs. While Samentha worries about her son’s education and frets over him missing his friends and teachers, at the top of her list of worries is where he will get his next meal. Samentha is not alone in this concern: in Haiti, over 6% of children suffer from malnutrition, which is above the WHO emergency threshold for malnutrition, and COVID-19 is expected to further exacerbate nutrition concerns nation-wide.

The GC-DWC will use these interviews to inform a set of recommendations presented in a formal report that addresses how to cultivate a more resilient education system for children and their families moving forward in Haiti. 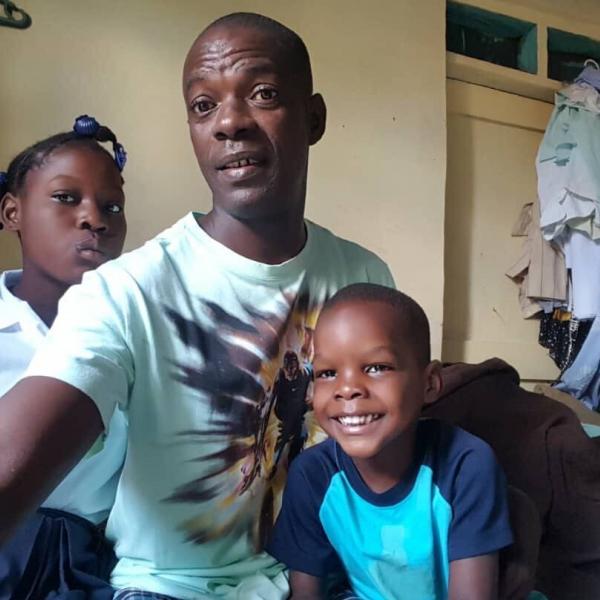 Wirth Family Expands its Commitment to Haiti’s Future
What does the evidence say? SEL Programming in Haiti
International Day for the Eradication of Poverty