International Day for the Eradication of Poverty

Addressing global poverty is no small task. Just a quick look at the numbers can be quite daunting: according to the United Nations in 2015, 736 million people lived below the international poverty line (U.S. $1.90 a day). Globally, in 2018, nearly 8% of workers and their families lived on less than U.S. $1.90 per person per day (United Nations). While these numbers are staggering in and of themselves, rarely does poverty solely impact a family’s economic position in life. Poverty is intricately connected to a person’s propensity to work in unsafe conditions, have poor access to healthcare and nutritious food, and experience decreased political power.

Acknowledging the barriers that poverty creates for children and adolescents to thrive and flourish in our 21st century world is essential to creating equity and establishing clear pathways out of adversity for the world’s most vulnerable populations.

Early childhood education is slowly emerging as an effective, evidence-based solution for mitigating the effects of poverty and lifting generations of learners out of its continuous and insidious cycle.

The Science of ECD

Developmental psychologists and educators have long acknowledged the importance of the first 1,000 days of life for a child. Indeed, in the first few years of a child’s life, millions of neural connections are formed every second, and pruning—a process of reducing these connections—begins in order that the brain can maximize its efficiency (Center on the Development Child, 2007). As the brain forms neural connections and prunes, more complex brain circuits begin to build on the brain’s earliest and more simple circuits. The result is higher cognitive functioning.

Notably, a brain’s ability to change decreases with a person’s age. While a child’s brain is highly plastic or malleable, translating into the ability to adapt to a diversity of environments and experiences, older brains, as they become more complex, are less able to adapt to unforeseen circumstances and challenges or learn new things. Therefore, early childhood presents a unique and key opportunity for language and skill development that will serve a child well into his or her adulthood.

While early childhood is an excellent developmental window for children, their brain’s plasticity also presents key risks for their development. Toxic stress and external challenges, when experienced without the buffer of a supportive adult relationship, can actually create permanent changes to the brain’s architecture resulting in long term consequences to a child’s ability to learn and cope with life’s many obstacles.

The Impact and Economics of ECD

In a landmark study, Professor James Heckman estimated the life-cycle benefits of a high-quality early childhood education (ECD) program, specifically designed for disadvantaged children. What his research revealed was a 13.7% return on investment, per annum for the program with a cost benefit ratio of 7.3:1. In other words, the ECD program produced a benefit of $7.30 for every $1 spent.

Beyond its economic benefits, participation in ECD programs has been shown to improve children’s academic and social and emotional skills (Center for American progress). This translates into students’ future academic careers, preparing a strong foundation for their elementary, middle, and high school experiences. A student’s high school experience can then have a long term impact on his or her life trajectory and overall ability to flourish. According the the U.S. Bureau of Labor Statistics, when compared to college graduates, high school drop-outs are three times more likely to be unemployed, and on average earn $8,000 less per year than peers who completed high school, and $26,500 less per year than their peers with a college degree (Alliance for Excellent Education).

Increasing the national high school graduation rate to 90% for even just one high school class has the potential to create 65,700 jobs and elevate the economy by as much as $10.9 billion. Beyond economic growth, take the high school male graduation rate in the United States. If this increases by a minimum of 5%, “the nation would also see a decrease in annual incidences of assault by nearly 60,000; larceny by more than 37,000; motor vehicle theft by more than 31,000; and burglaries by more than 17,000.” (Alliance for Excellent Education).

Ultimately, mitigating the impact of poverty is a complex challenge, fraught with multi-dimensional obstacles. However, one pathway to addressing this challenge lies in early education. Its ripple effect both socially and economically is evident. The only question we have to ask ourselves is why aren’t we doing it? 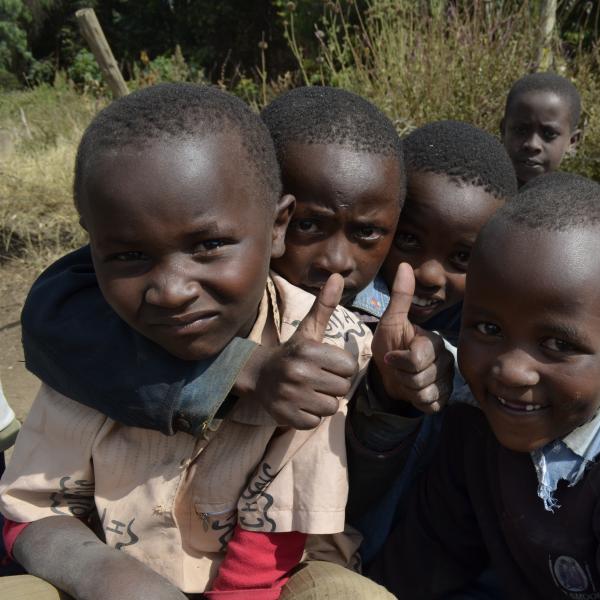