How to Start a School: The Story of the Matènwa Community Learning Center

How do you build a school? For Chris Low, it started with a simple pencil.

Chris Low used to teach at a bilingual school —Haitian Creole and English— in the Cambridge Public School Department (CPSD). Given the school’s direct connection to Haitian culture and history, she always sought out opportunities to learn more about the country. However, the more she learned about Haiti, the more she could not understand why there was so much poverty and desired a way to make a difference in this community that she loved. It wasn’t until she visited the Island of Lagonav, Haiti and began to engage in an adult literacy program (run by a community association, AAPLAG, and funded by Beyond Borders) that she started to understand more about the roots of poverty in Haiti. What she saw astounded her. She saw adults working to achieve literacy in their mother tongue, Haitian Creole, a direct result of the remnants of a colonial past that made French the official language of instruction in schools despite most students and teachers having little to no fluency in the language. Haiti’s colonial past continues to contribute to a fragile education system that leaves students floundering in classrooms where they are taught in a language they frequently do not understand.

Struck by the reality of Haitian schools and their impact on the life trajectory of their students, Chris considered what she could do. She took a one year leave of absence from CPSD to offer teacher training in the adult literacy program. During that year, she was visiting a first-grade classroom in Matènwa, Lagonav when an idea hit her.

The classroom had no materials, and when she asked students to take out a pencil, half of them disappeared from the room. The teacher told her not to worry. They were just following instructions but had to go to another classroom to get a shared pencil from a sibling. Astounded, Chris considered that if she left her job in Cambridge, there would be a hundred applicants the next day for her position. But if she left Haiti, how would she make the difference that she so strongly felt pulled to make?

So, she remained in Haiti and started a school with the local adult literacy coordinator, Abner Sauveur.

The Matènwa Community Learning Center (MCLC) started as a kindergarten through second grade school, but slowly progressed into a complete elementary school that leveraged mother tongue language instruction to ensure that students were given the best foundation possible for their future education and careers. Students still learned French but as a second language. The school was quickly successful and earned the support of the local community who started to advocate for the addition of grades 7, 8, and 9. Teachers from the elementary school volunteered to teach these additional grades and eventually with the support of donors and foundations, MCLC became a preschool through grade 13 school.

MCLC quickly became a school known for its different approach to education in Haiti. Students were happy and learning, teachers were motivated, and the community was highly engaged. Recognizing the potential value of teaching other schools how to embed its methodology into their curriculum and culture, MCLC applied for funding to train other schools in Haiti. The funding enabled MCLC to formalize its teaching training program, which is now an institute of learning, having trained 72 schools on Matènwa. Because the majority of schools in Haiti have little to no financial resources beyond what the parents of students attending the school can pay, MCLC took on the challenge of providing a training model that emphasized using locally found materials and is working towards providing durable, reusable workbooks and hands on materials.

At MCLC’s core is the belief that education is a conversation, a belief that is evident in the day-to-day activities of the school and the curriculum. First and foremost, MCLC does not allow corporal punishment in its classrooms, a common practice in Haiti, and integrates a variety of student-centered activities into its daily routine. The school has morning meetings and choice time, which give the students more agency and dedicated time to develop key social and emotional learning skills. Math is taught with hands-on materials, and the language of instruction has remained Haitian Creole, ensuring that students leave school literate in their mother tongue. The school also has a school garden, from which a locally-owned and female-operated catering service purchases the vegetables and sells them back to the school in locally sourced meals for students. While this is an expensive program for MCLC, the school is dedicated to providing students with nutrient-rich, local foods.

Students also participate in the Mother Tongue Books Program, where they write their own stories that are translated into other languages to share with students in the U.S. and Puerto Rico. Chris shared how these stories go beyond supporting students’ writing levels and creativity. They also play a big role in validating their own lives. By having a chance to write about themselves, students experience boosts to their self-esteem: when they see their books printed, they become real authors. The books from their peers in other contexts and countries also inspire great conversations and provide rich lessons in diversity. Students have the opportunity to see how each other live and understand their differences more fully.

This concept of education as a conversation has also manifested itself into a child’s rights program, originally developed by Kathy Cash, that MCLC integrates into community programming by engaging adults in conversations about common forms of child abuse. The program empowers adults to talk about these different types of abuse and is designed to equip adults with the tools to intervene and address abuse when they see it occurring. These conversations have been crucial for engaging the community in the school’s work and beliefs. MCLC engages its community in other ways as well such as Reflection Circles (called Touchstones Discussion Project in the US) and Open Space meetings, where people can come together and discuss issues they find relevant to their daily lives.

When people come to visit MCLC, they are often surprised. This is not how schools are normally run in Haiti. Again, kids are happily engaged, teachers are concerned about each child, and the community is involved.  While teacher and community engagement can often be a challenge for schools in Haiti, Chris shared some very practical advice.

While the success of the school is evident and palpable on the campus, the success would not have been possible without the support of many great partners. MCLC’s partnership with the School Sisters of Notre Dame (SSND) through Notre Dame of Maryland University has been particularly valuable. Notably, SSND has been instrumental in further developing Matènwa’s hands-on math curriculum. Recognizing that the Mother Tongue Books Program was already strong and effective, SSND partnered with Matènwa to develop teacher training videos that show simple math activities with everyday found objects for teachers to use in the classroom. These activities supplement the Haitian K-3 math curriculum. SSND has also invested significant time in the Matènwa community, visiting several times and taking the initiative to develop genuine relationships with the community and teachers. They are invested, and it is relationships like these that are vital to the continued development and success of MCLC.

However, the success of MCLC has not come without its challenges. For Chris and her students, the next big hurdle is what comes next. For MCLC students, they have gone through 15 years of alternative schooling but often graduate not knowing where to go from here. While there are scholarships available for college, many students lack the confidence to apply, and ultimately, not everyone will be able to go. For Chris and her team, this means looking at ways to first build students’ confidence to apply for scholarships. They also hope to increase offerings within the school that focus on entrepreneurial training or technology that will make students more marketable in the workforce or will equip them to start their own businesses after graduation.

Ultimately, students from MCLC are not the only ones facing these challenges in Haiti. While some students are able to succeed despite the frailties of the current education system, they are the exception rather than the norm. Yet, there is so much hope in Haiti. The potential of the future generations of students is palpable when you walk into a classroom. Students want to learn. So, how can schools best support students in realizing this potential? A good place to start is teaching them in their mother tongue and empowering them to be change-makers and future leaders. 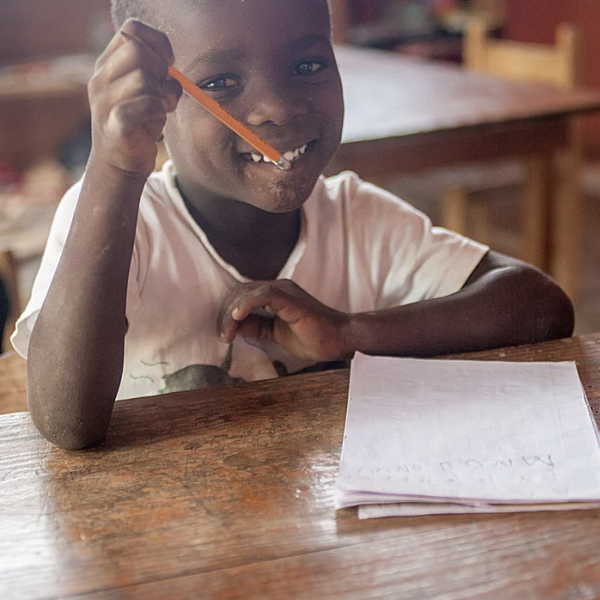