Education for Social Impact: A Story of Defying Odds and Helping Others to do the Same

A Haitian student must overcome significant obstacles to receive a robust education in a setting where the government spends only 2.7% of its GDP on education (compare this to the 4.5% average GDP for all Latin American and Carribean countries) (World Bank, 2017). Limited investment in teacher development, curriculum that lacks cultural relevance, and poor school infrastructure frequently translate into poor academic outcomes, high rates of drop-out, and a dearth of career opportunities for Haitian students. Consequently, over two-thirds of the Haitian labor force does not have formal jobs (CIA Factbook, 2014), and 59% of the population lives on less than US$2 a day (World Book, 2018).

Johnny Metellus is looking to defy these odds.

Johnny, the valedictorian of the very first Bioscience class at the University of Notre Dame Haiti-Hinche (UNDH-Hinche), has a story that he hopes will inspire many other Haitian students to pursue their education despite the challenges they may encounter. Persevering in spite of adversity, Johnny’s is an exemplary story of educational success. It represents years of determination and persistence to thrive and grow despite the obstacles of a broken system. Growing up in an orphanage in Haiti, Johnny’s path to UNDH-Hinche was not always clear, but upon arriving, he not only persisted but thrived. His work ethic propelled him to the top of his class, and when he graduated in 2017, he left eager to use the skills with which UNDH-Hinche had equipped him in order to build a better country for his fellow citizens.

Johnny is already working towards these goals. As an employee of UNDH-Hinche, he actively collaborates with a team of global researchers to advance what is known about iodine deficiency disorders in Haiti and how to combat the ill-effects of these disorders. He is excited about the impact this work will have. In this role, Johnny contributes to the empowerment of the next generation of healthy and educated Haitian students who will challenge the status quo and invigorate their communities as he did. He is also pleased that his alma mater is investing in future generations of learners by announcing plans to establish an entrepreneurial institute within UNDH-Hinche. The institute hopes to build the research and educational capacity of its students in order to drive locally-led development efforts in Haiti. The institute recognizes that when equipped with the proper tools and resources, Haitian students not only thrive but become game changers in their communities. Stay tuned for more upcoming news on this bold initiative. 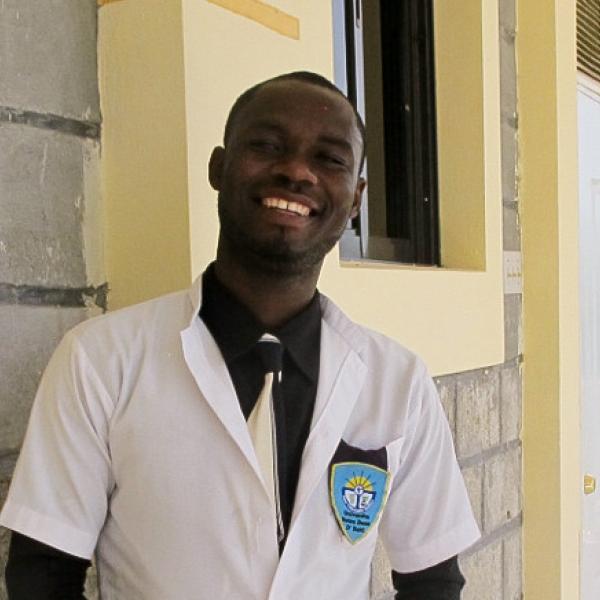