A reading from St. Paul’s letter to Hogwarts: Harry, the boy who lived, is spending Christmas vacation with his friend, Ron, and the Weasley family. They don’t have much, but when all you’ve got is nothing, there’s a lot to go around. Harry’s sitting at dinner, feeling all the love he never had from his foster parents, the Dursleys. One day, Harry is going to defeat the diabolical wizard who must not be named.

This year, Harry is also in your class. Like Luke Skywalker, he is a dreamer, not a darling student, not driven or self-disciplined like our favorite student, Ms. Hermione Granger. He doesn’t raise his hand enthusiastically. He’s mentally shrugging at the 60 he earned on a vocabulary test. His adventurous spirit is activated only when he’s as far away from school as possible, in a forbidden forest or in a chamber of secrets. 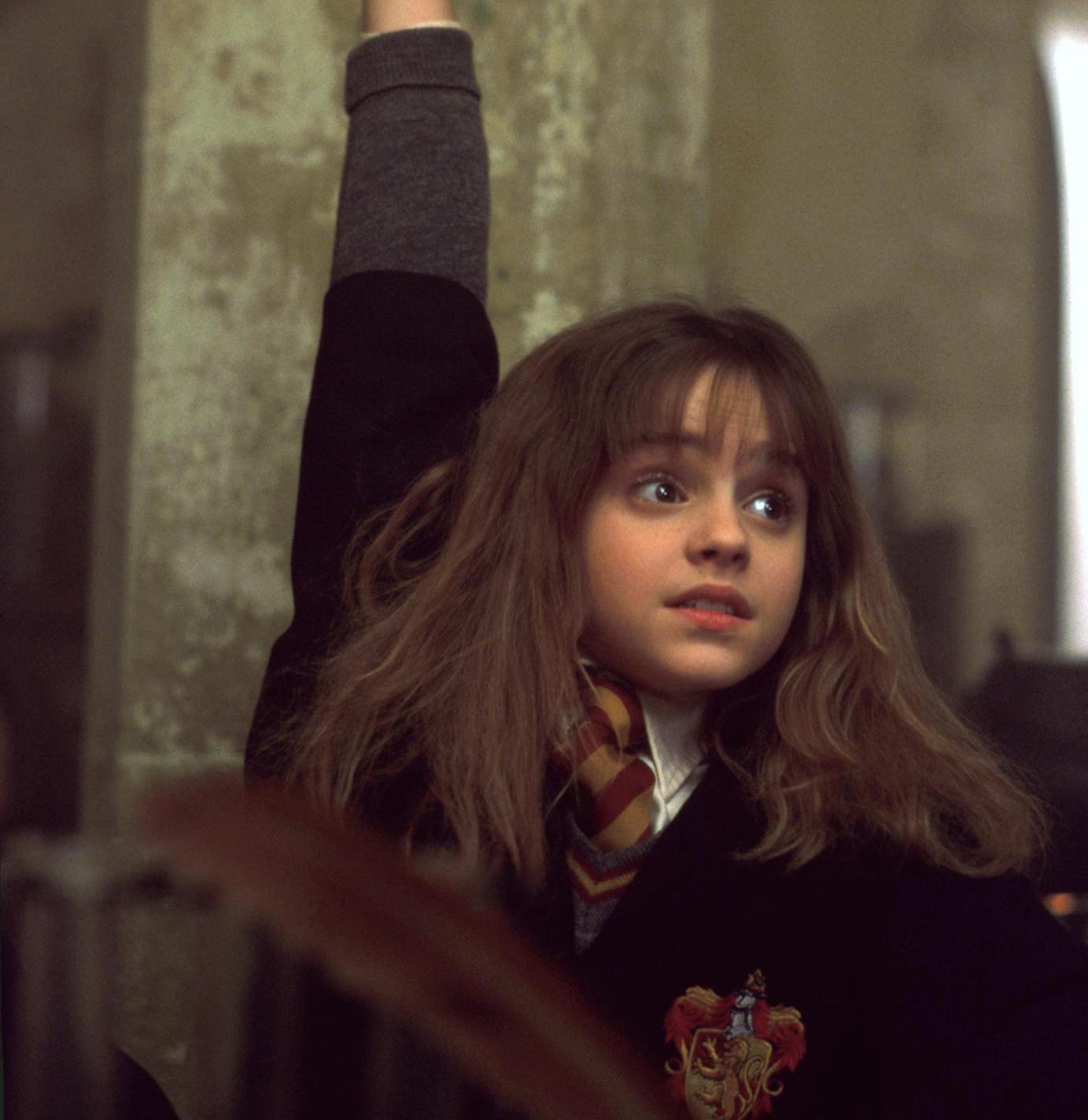 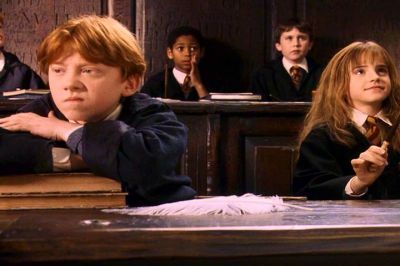 Harry’s a normal star, like our sun. There’s warmth, but he needs motivation. He needs you to draw out the creative god-self that exists within all of us. He needs you, the teacher, to tease out his greatness. The solution? Grab your wand. Don your robe.

In this article, we will use Harry Potter to highlight four gamification techniques. Harry needs four elements of Gamification that can spur him forward along the path.

In a perfect world, all of our students magically get along and there is no friction. They’re holding hands and school is a musical. In real life, we either spend all this energy trying to iron out their interpersonal relationships only for them to magically get along as if nothing ever happened, or we keep them quiet and don’t bother at all with showing them how to be good humans to one another. Managing interpersonal relationships in a classroom is exhausting. In gamification, though, we can manage friendly rivalries. In the Pokémon games, before you start your journey, you get a rival who is always slightly ahead of you. This motivates the gamer - or student - to pick up the pace and “step it up.” As a runner, I typically find a runner who is slightly faster, and that is how I set my pace. In Batman: The Dark Knight Returns, The Joker suddenly “wakes up” in his nursing home after hearing a news report that Batman is fighting crime again. Naruto is motivated by a need to save his friend and rival, Sasuke. Harry Potter has a rival named Draco Malfoy. They’re hostile towards one another, but if Draco didn’t win the Elder Wand, Harry would not have been able to fulfill his destiny. In the beginning of the year, teachers can create imaginary rivals. They can draw them on posters and students can choose their rival for the year. These imaginary rivals will be graded just like any other student in a class. We can also have them in class as stuffed animals. The best heroes, after all, have the most compelling villains! I mean rivals. Motivate your students with a rival who is slightly ahead or slightly behind in any of your literacy goals. 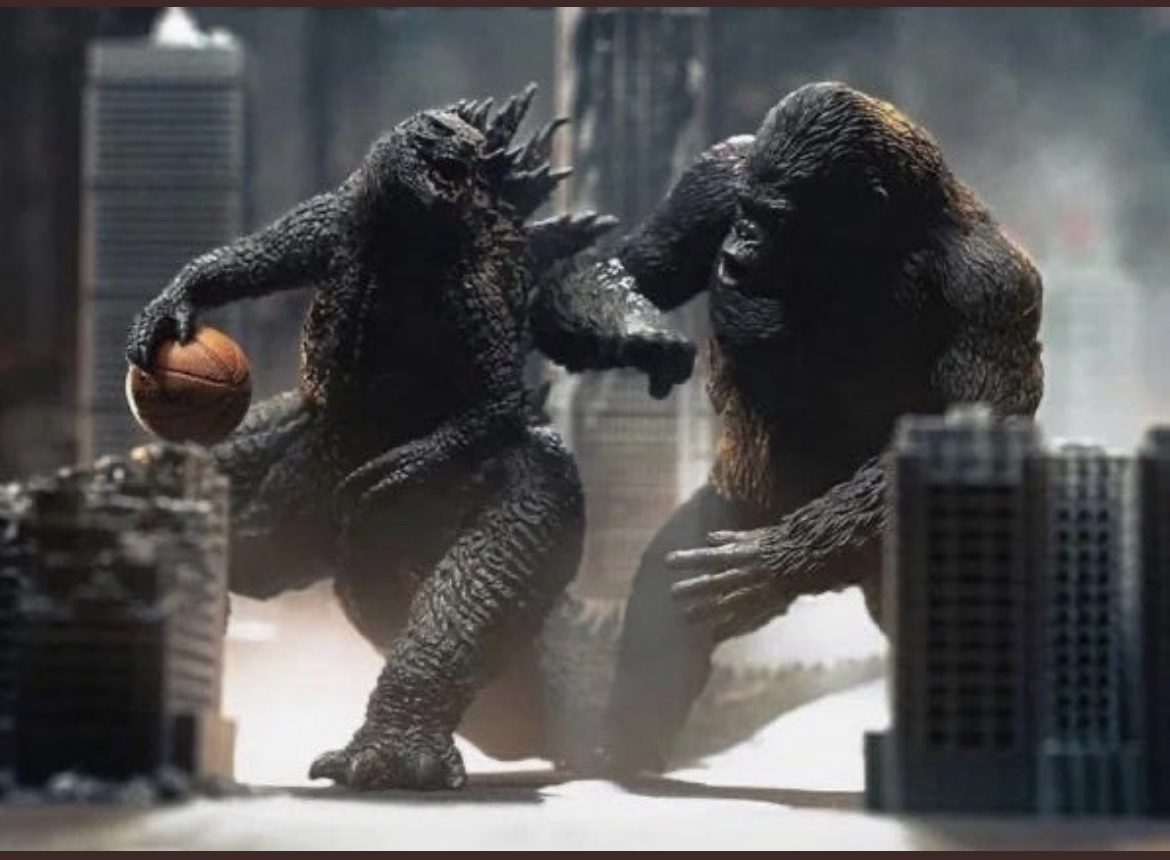 2. Harry needs to level up.

In class, we level up our pens from Page to Squire to Knight to Knight Paladin. During conferencing, show them your secret book detailing how they can level up their pens. Students begin as a page. Every student has the same starting point in September. Their only task is to write profusely and build the habit. In order to level up as a Squire, students need to build their writing stamina. If students are not motivated by this goal, buy a bunch of stickers, and you can set a Batman sticker on the bottom of an empty page. Students will race to fill a page in order to get to the sticker! As Squires, they need to get better at editing their own work. They also need to read a number of words in books during DEAR or during their own reading. Set individual goals for each student so that there is no one way to level up to knights. In order to level up to Knight status, students need to give a speech, or memorize poems, or put together a social justice project, or create a literacy circle with other students, or engage in weekly read alouds with Kindergarten kiddos. A small number of students will attain the coveted Knight-Paladin status. These Paladins get an end of year ceremony, cross pens with their names emblazoned across the pen, and pens will be blessed by a priest or minister. If you’re going to gamify one aspect of your school year, gamify writing and let it spur love of reading as a side effect. 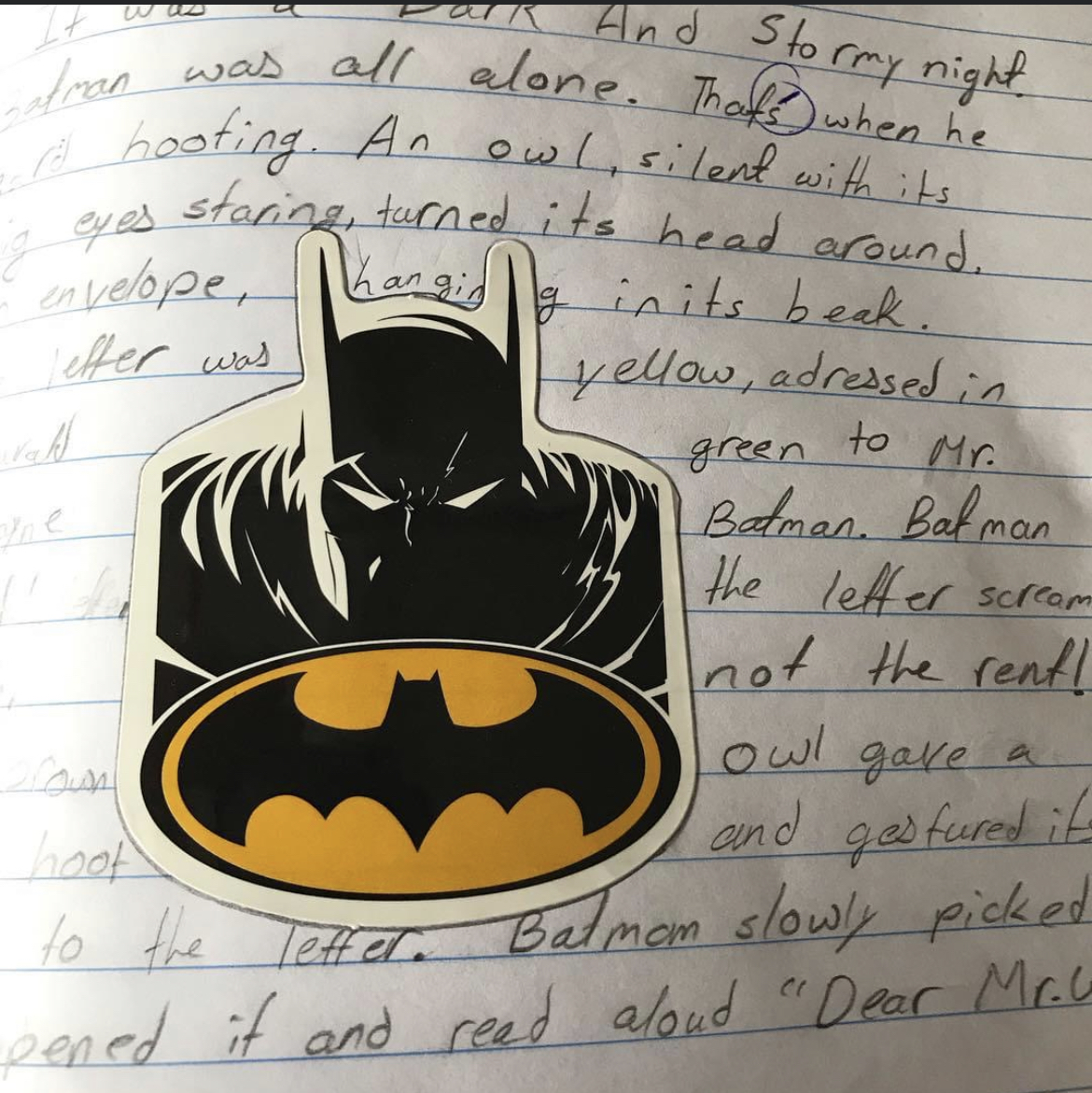 Every Friday we play a game called WORD DUELS. Inspired by Harry Potter, we fire vocabulary words at each other. Students fill out word expert cards throughout the week and study Latin and Greek prefixes and suffixes. During read alouds, students ask if a word is “fair game” for Word Duels. In September, set a countdown on your board. Students will ask what the countdown is for. Keep the mystery of it, and try to be as tight-lipped about Duels as you can. Shrug and tell them to study the first thirty words in the canon, or list. You need a speaker for this game and you need a wand, or pens and pencils. You can sign up for a free bracketing system like Challonge. I would use “Swiss” rounds instead of elimination, since you’ll lose buy-in if students are just sitting there after they lost. Students can earn perks in Word Duels as well: their first win earns them a theme song you can play for them throughout the year. Bryson’s theme song is called Fort Battle from Last of the Mohicans. I told him that he has to get up slowly and menacingly from his seat before arriving at the front of class to duel. Lean into the performative aspect of the game and have all the fun.

The more Word Duels Championships Harry wins, the more perks he earns: First Blood gives Harry the first shot in every duel; Two Hands is a perk where Harry can fire two vocabulary words in one turn; Phoenix Flower Fireball Jutsu, a student-created perk, gives Harry the power to fire seven words in one turn; Summon Supreme Lord gives Harry the power to summon his teacher for two rounds; Dispel gives him the power to cancel their opponent's perks. Word Duels can get intense as students improve. Teach students how to lose gracefully by teaching students how to win without boasting in their victories. If you’re going to empower students to be the referee, make sure they’re fair and hold them accountable. Stop the music and reset if the game gets out of hand, because joy factor and competition driven frenzy is high. Give class dojo points to students who won without boasting, who are losing gracefully, who are congratulating one another, who are helping others study for their match, and empower students to give class dojo points to one another for a good game. Students who keep winning can eventually take on a student who keeps losing as a Pokémon to train and duel against others. If you gamify nothing but vocabulary, and set it on a Friday, you’re giving students something to look forward to all week. Everybody wins in Word Duels!

4. Harry needs to face a Dragon (or a Final Boss)

The final boss in a video game sets your heart thumping out of your chest, your hands sweating, and you have a vice grip on your game controller. The final boss is tough, but there’s usually a pattern to beating them, and they have a weakness if you’re alive long enough to discover it. The thrill of defeating a final boss is immensely rewarding. 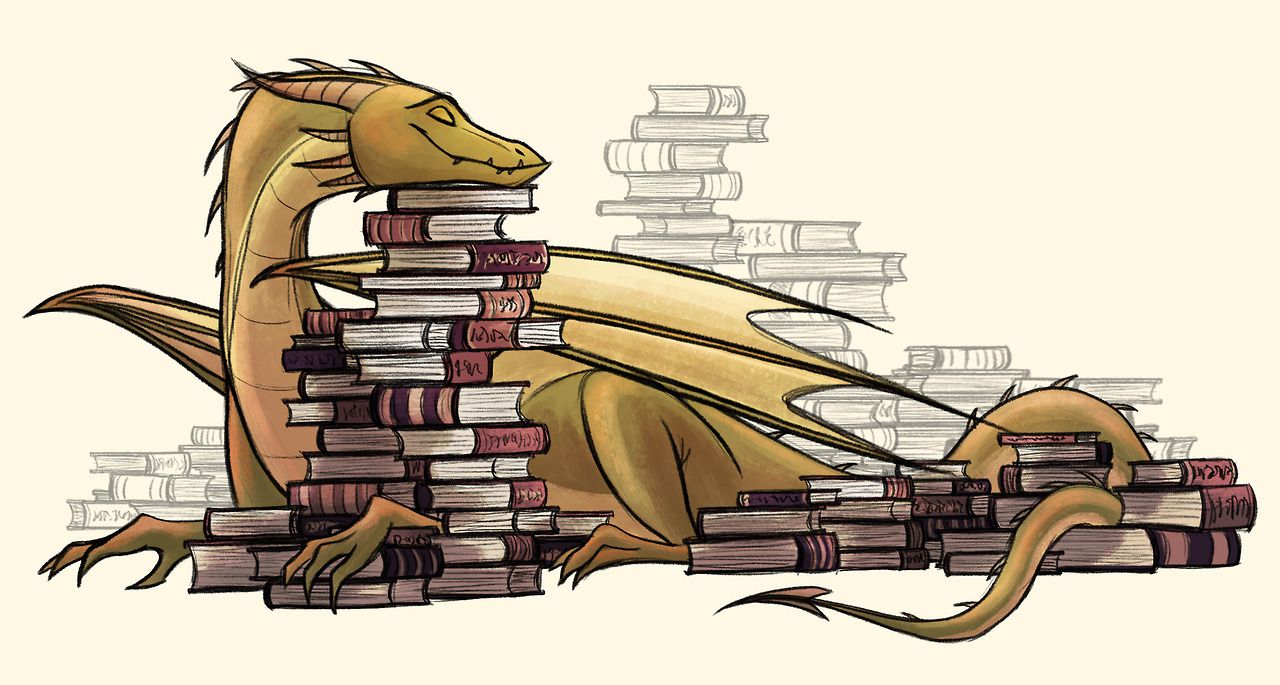 In our class, our final boss is a book dragon. Before my previous school closed, we had an actual stuffed dragon in the classroom, but a laminated drawing of a book dragon will suffice. This Gamification technique helps drive our goal of reading a million words by the end of the year. The book dragon is hoarding books and we need to sneak in and pry them out of his lair. With conferencing and surveys, we can figure out where our students are in terms of interest and we can give them voice and choice in their book selections. The catch here is that the dragon has a goal of how many words to read in a week, in a month, in a quarter, and in a year. Here, the mystery is part of the motivation! The book dragon has a weakness but it’s hidden under its horde of books.

Our job as a class is to remove as many books as we can from its treasure to expose its weakness. This is a class goal, a team game, which is great for students who are coming into class at different reading levels. We set a word count goal as opposed to a book count goal, since a student reading The Hate you Give will feel discouraged about reading only one book, whereas a student flying through series like Junie B. Jones and I Survived will feel more accomplished. Teachers should get involved as well. Students will feel motivated by a teacher who doesn’t have time to read anything more than tweets during a stressful school year. They will laugh at the teacher who is dead last with a measly word count. It adds to the narrative that even the smartest person in the class (you) is not the most accomplished reader (yet).

The best part of setting a Book Dragon as your final boss is the mystery of not knowing what its weakness is. What is the treasure the Book Dragon is hiding? Students won’t realize that the mystery is the story of YOU, the story of a student who didn’t believe in himself, who didn’t think himself worthy of his or her own purpose. Use their tremendous triumphs to tell them that there is Glory in their Story, and the world waits in joyful hope for the fruition of their purpose. The student is the gift, the student is the answer to their own prayers, and the fulfillment of the deepest longings of our ancestors. 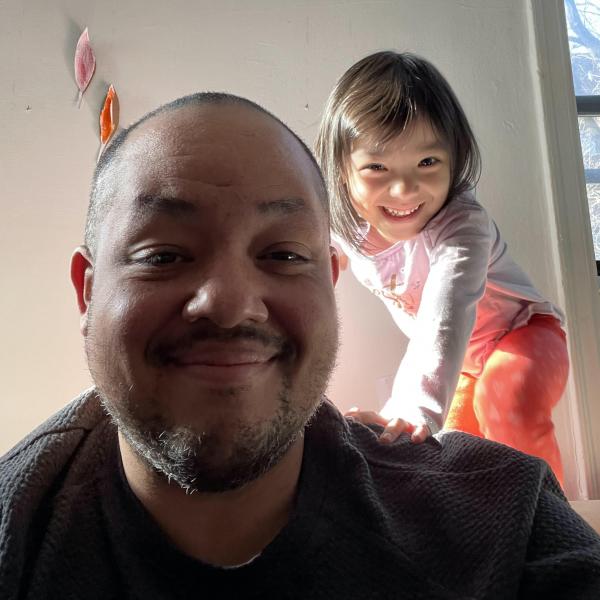 Think. Pair. Share. with Dr. Katy Lichon
Imagine Tomorrow Today: What could we do?
Blogging from the A Train