University of Notre Dame psychologists Theodore Beauchaine and Kristin Valentino have been awarded the Transformative Research Award from the National Institutes of Health to research two promising new interventions to reduce the risk of suicide among vulnerable youth.

Part of the NIH High-Risk, High-Reward Research program, the award supports individuals or teams proposing transformative projects that are inherently untested but have the potential to create major scientific breakthroughs by challenging existing paradigms.

“We are thrilled to receive the Transformative Research Award,” said Beauchaine, the William K. Warren Foundation Professor of Psychology and director of primary prevention at the Notre Dame Suicide Prevention Initiative. “The traditional pipeline for new interventions is 12 years long, at best. This is an amazing opportunity to fast-track these methods and technologies in order to reach far more adolescents at far lower cost — and hopefully save lives.”

The $4 million grant will support a five-year project, “Leveraging Noninvasive Transcutaneous Vagus Nerve Stimulation and Smartphone Technology to Reduce Suicidal Behaviors and Suicide Among Highly Vulnerable Adolescents,” led by Beauchaine and Valentino, the William J. Shaw Center for Children and Families Professor of Psychology, as well as Arielle Sheftall of the University of Rochester. Brooke Ammerman and Ross Jacobucci, both assistant professors of psychology at Notre Dame, are also core contributors.

Over the past two decades, suicide rates have increased by nearly 35 percent in the U.S., and the COVID-19 pandemic has only exacerbated mental health issues. Although these upward trends affect nearly all demographic groups, adolescents in both rural and urban settings are particularly vulnerable — and more difficult to reach through traditional therapies.

“Most current primary prevention programs are intensive, expensive and delivered by highly trained mental health providers who are in short supply,” Beauchaine said. “Traditional face-to-face therapy is also unavailable to many who live in underserved communities and is disliked by adolescents, who much prefer digital delivery on their devices.”

With that in mind, the team seeks to “meet adolescents where they are” in this research, with two low-cost, noninvasive, scalable interventions: transcutaneous vagus nerve stimulation to target emotion dysregulation and a peer-support smartphone app to combat social isolation.

Beauchaine and Valentino plan to enroll more than 200 adolescents (ages 13-17) from South Bend and surrounding communities who then will be assigned randomly to one of four groups — using one of the two new interventions, a combination of both, or access to traditional treatment.

Teens who receive vagus nerve stimulation will use a handheld/pocket device for 30 minutes each day that targets the nerve with a mild electrical current through a special earbud. Powered by a smartphone app, the device called Xen plays music of their choice at the same time.

Vagus nerve stimulation is shown to be effective in treating depression and improving emotion regulation in numerous studies, Beauchaine noted. And in one recent study of adults, the treatment was associated with lower rates of suicide five years later.

The second intervention involves a custom smartphone app that Ammerman is working to develop with support from the Notre Dame College of Engineering. The app will allow participants who are experiencing similar struggles to connect via text and phone to reduce social isolation.

“This is part of the high-risk, high-reward aspect of this research,” Beauchaine said. “Traditionally, professionals have tried to avoid connecting people who are struggling out of fear of contagion. But it turns out from the scientific literature that the risk of contagion is overstated. We will be in daily contact with all of our participants via phone and will also be monitoring closely for that.”

Often, traditional treatment for suicidal behavior is also not begun until there is significant distress. By identifying children and adolescents who are at high risk for self-injury and suicide attempts and addressing these risk factors before they become overwhelming, Beauchaine hopes to significantly reduce suicidal behaviors later on.

Beauchaine joined the Notre Dame faculty last year and said the College of Arts and Letters and Department of Psychology have offered tremendous support for his research, which he sees as integral to the University’s mission.

“It is very consistent with the Catholic mission of Notre Dame to engage in outreach to families, to people in distress, to poor communities, and to improve quality of life for those communities,” he said. “As many people have been touched by suicide as have been touched by cancer, according to national data. When you see the extent of pain people are in — including family members and other survivors — it's hard not to want to do something about that.” 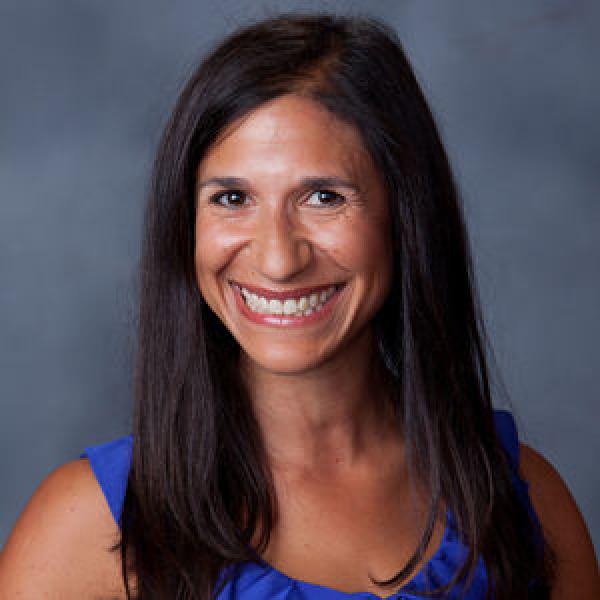