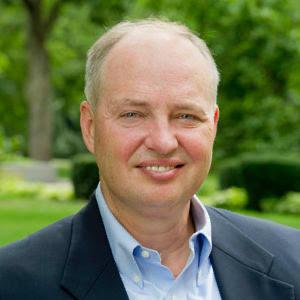 Before becoming the Assistant Dean for Faculty Affairs and Special Projects in the College of Science at the University of Notre Dame, Earl proudly served his country in the United States Navy as a submariner and retired as a Captain in 2012. Serving in the Navy for more than 32 years, he was the Commanding Officer for the USS Scranton (SSN 756) and the Commander for Submarine Squadron Eight entailing 10 nuclear powered attack submarines, their crews, and families. He led the first Los Angeles class submarine mission to reach the North Pole. His attention to detail earned him several posts at the Pentagon, concluding as the Executive Assistant to the Chief of Naval Personnel/Deputy Chief of Naval Operations. Earl was frequently recognized by the Navy with military honors: Legion of Merit (4 awards), Defense Meritorious Service (2 awards), Naval and Marine Corps Commendation (4 awards), Navy and Marine Corps Achievement (4 awards), Coast Guard Meritorious Unit Commendation (2 awards), and Battle Efficiency Excellence (2 awards while in command of the USS Scranton). He culminated his career as the Commanding Officer and Professor of Naval Science for the Naval Reserve Officer Training Corps (NROTC) unit at The University of Notre Dame, training future leaders for the US Navy.

Among his many other responsibilities within the College of Science, Earl was especially fond of the University of Notre Dame’s Haiti Salt Program and its commitment to improving the health of the people of Haiti. Earl was personally and passionately committed to helping the people of Haiti through the elimination of Lymphatic Filariasis and the prevention of Iodine Deficiency Disorders. His selfless and unsung efforts, ministering with the Congregation of The Holy Cross in Christ’s name, impacted the lives of millions and the course of a nation.

Each year, the Global Center for the Development of the Whole Child’s Social Enterprise Initiative (SEI) team awards the Earl Carter Fellowship to an outstanding student at the University of Notre Dame. Recipients show a distinct commitment to leveraging a social enterprise model to develop innovative and sustainable solutions to address gaps in child and youth development. The fellowship provides an opportunity for awardees to apply their coursework in a meaningful, real-world setting while receiving guidance from a team of experienced social entrepreneurs.

Earl Carter Fellows are those individuals who through their life’s work, particularly but not limited to within the fields of academia and religious life, have demonstrated a strong commitment to developing and implementing evidence-based solutions to complex child and community development issues around the world. Earl Carter Fellows collaborate closely with the SEI team to leverage robust evidence and programming to further sustainable development and innovation.