Using Drama in the ELA Classroom 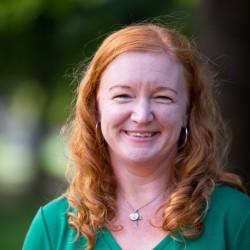 "Education is the process of learning to create ourselves, and it is what the arts, both as a process and as the fruits of the process, promote. Work in the arts is not only a way of creating performances and products; it is a way of creating our lives by expanding our consciousness, shaping our dispositions, satisfying our quest for meaning, establishing contact with others, and sharing a culture"(Eisner, 2002, p. 3).

As I have argued, the arts are too often dismissed in education as "extra" and are the first to be cut out of school budgets. And yet, they have tremendous power as Eisner suggests to create. Early in my middle school teaching career, I started exploring Shakespeare's plays with my eighth-grade students. I had participated in theatre all through high school but had no formal training. However, I wanted students to perform the plays since Shakespeare wrote them to be played on a stage, not read in a classroom. My initial efforts were modest. We acted several scenes in class, reading through them, first at our desks, to understand the scene, and then performing them with some simple gestures and props. Eventually, we performed the play in our school's auditorium for other classes in the school and parents. As we worked through the play with an eye to performing it, I began to notice that my students were much more engaged than they were when we read other texts. They needed to understand the play, not to pass a test, but to perform it for a real audience. I was so moved by this experience that I expanded my efforts to teach Shakespeare well and to place performance at the center of our examination of the play rather than at the periphery. Instead of being a fun, additional activity to do at the end of the reading, performing became the core of our investigation of the text.

"Education is the process of learning to create ourselves, and it is what the arts, both as a process and as the fruits of the process, promote..."

This lead to more ambitious efforts. I wrote a grant so that we could perform the play in a real theatre in the evening, I developed unit plans for reading and analyzing the play (which I called The Word) and for acting the play (which I called The Action). During The Action unit, students memorized and performed a ten-line monologue from the play as an audition piece, and received acting roles as well as technical positions. The technical positions were divided into nine groups: set design, sound, lights, costume, public relations, education, web design, audio-visual, and choreography. The students wrote a personal narrative in character to deepen their understanding of the character they portrayed. The culmination of this six-week unit occurred when students performed the play in the evening for an audience of parents, students, and friends.

Because I was so

Taming of the Shrew in Kisumumoved by this experience, I designed an action research project to investigate how using theatre impacted the students. The data supported an increase not only in self-reported student understanding but also in understanding as demonstrated on a traditional English assessment. The qualitative data supported gains in self-efficacy as well as community gains. Performing changed the way students saw themselves and each other. Student and parent comments made these gains clear. One student responded, "Being able to act is being able to become another person and see how they see the world in their shoes. This power that we have is strong and it can help others become more confident in themselves and others." One of the parents noted, "After he performed for the class, and got such positive feedback, his confidence level really improved. I had never seen this side of him before."These results were consistent across middle school students in Bellevue, Washington, high school students in Tucson, Arizona, and young artists in Western Kenya who performed Taming of the Shrew.

So, how might one go about using drama in the English classroom? I would suggest starting with these three guiding principles: Every Body Plays; Be Evocative; and Read the Word and the World.

The first principle focuses on each part of this phrase: every, body, and plays. Every. It is crucial that every student has at least one speaking line and a larger role in the play itself. In order to build a community of practice, the class must come to recognize their individual and collective gifts. Even if a student only says one line, he/she still writes a personal narrative in character and has a sense of the role he/she plays in the larger story. Body. Sometimes in education, we treat students as though they are minds in seats rather than minds inside of bodies. This doesn't just mean that we allow students to get up and move and be active (although that certainly helps!) but it also means that we invite students to experience a work of literature with their bodies. This allows them to try on characters who are different from themselves. This physical experience can lead to revelations about power and subjectivity. What does it feel like to embody Juliet versus her nurse? What physically restricts or enables characters to behave in certain ways based on their position in society? Which characters are afforded greater complexity and which are regulated to mere comic relief and how does this relate to their position?

Plays. "Children, like the rest of us, seldom voluntarily pursue activities for which they receive little or no satisfaction. Experiencing the aesthetic in the context of intellectual and aesthetic work is a source of pleasure that predicts best what students are likely to do when they can do whatever they would like to do"(Eisner, 2002, p. xii). Students perform a play but they also are at play during the process. As they work out scenes, students improvise and play with different props, movements, gestures, and inflections of voice. There is a richness to this type of play that blends the intellectual and aesthetic.

As Rafe Esquith (2007) observes, "I have never seen district reading objectives in which the words joy, passion, or excitement top the list. I think they should"(p. 32). Indeed, great literature evokes–it stirs something in us and these stirrings are often lost in pre-written comprehension questions at the end of a selection. Rather than asking comprehension questions or asking students to summarize, what if we asked students what a passage evoked in them? Lines such as Rosalind's line, "Do you not know I am a woman? When I think, I must speak..." lend themselves to class discussion.

One of the best ways to get at this concept of evocativeness is to take students to see a live performance. Many cities have local Shakespeare companies who perform and who will also visit schools. When I taught in Seattle, I took students to see a performance by the Seattle Shakespeare Company every year and the actors came and did wonderful workshops for my students. Here in South Bend, we have the Robinson Shakespeare Company and similar companies can be found across multiple cities. After the performance, have students reflect on their experience as an audience member.

3. Read the Word and the World

As educator Paolo Freire (1885)  explains literacy helps us read the word and the world:

Reading the Word. Reading a play is not the same as reading any other text. Students need to be taught how to read the word, starting first with the genre of drama itself and then moving to the particular challenge of reading Shakespeare's plays. For reading drama, an excellent resource to start with is EF's Visit to a Small Planet: Some Questions to Ask a Play. In this essay, Fuchs explains, "A play is not a flat work of literature, not a description in poetry of another world, but is in itself another world passing before you in time and space."Understanding the world of the play is a crucial first step in reading the word. For Shakespeare in particular, there are wonderful resources for helping students understand the word and the worlds that Shakespeare has created. The Folger Shakespeare Library is rooted in the belief that all students have the ability to understand Shakespeare and read complex text. Their method helps teachers and students explore first at the word level, then build toward lines, speeches, scenes, and ultimately, the entire text. I strongly recommend this method over approaches such as No Fear Shakespeare or other approaches that attempt to translate Shakespeare into modern, easier to understand bites.

Reading the World. Although Shakespeare's

Taming of the Shrew in Kisumuplays are part of the traditional canon of English literature, they do not have to be taught in traditional ways. In fact, Shakespeare's plays have been performed all over the world and in multiple languages. Even Tanzania's first president, Julius Nyerere (widely known as Mwalimu, "teacher" in Swahili), translated three of Shakespeare's plays into Kiswahili: Macbeth, The Merchant of Venice, and Julius Caesar. Nyerere believed "a Kiswahili translation of a Shakespeare play would prove that this native language was capable of conveying the highest form of literary and artistic expression available in the Western world." In working with art students in Kenya, we performed Taming of the Shrew but set it in Kisumu, Kenya rather than in Italy. By the time we finished reading and performing the play, the students were convinced that Shakespeare was a Luo (from their same ethnic group).

Efforts such as those described above are a true prologue. They represent a starting point for using a traditional text in an untraditional way with the hope of raising a more critical perspective and consciousness. Rather than seeing the arts as a nice addition, understanding the arts as a discipline and using that disciplinary perspective in our classroom can open up new words and worlds for students to explore.

A Midsummer Night's Dream in Seattle 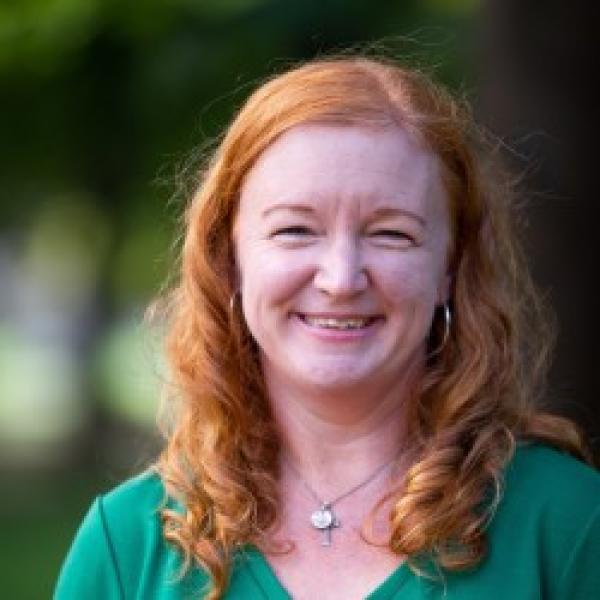