Move from “Stop Talking” to “Start Talking!” // Strategies for Building a Dialogic Classroom (Part 2 of 2)

Whole-class discussion tends to be a popular go-to strategy for middle and high school English teachers. On a simple level, it’s the easiest way to understand students’ thinking and to check for their understanding. Whole-class discussion can offer much more than this, however, and it can be intimidating to figure out how to best structure these discussions to maximize student participation, to engage students in each others’ thinking, to deepen reasoning and evidence, and to push students’ cognitive potential. The points below, based upon research suggestions as well as years of working with teachers (across grade levels and disciplines) in setting up dialogic classrooms, provide strategies for facilitating a successful whole-class discussion. Planning with these ideas in mind can help to promote meaningful student discourse and can support a dialogic classroom culture.

To better illustrate these ideas in a practical way, after each point below, I share anecdotes from a recent, wonderfully executed whole-class discussion from ACE teacher Brendan Butcher’s 5th grade (5th grade!!!!!!) ELA classroom in St. Petersburg, Florida.  Brendan and his students recently finished reading Tuck Everlasting (a personal favorite!) by Natalie Babbitt, and to cap their study of the novel, Brendan thoughtfully—and quite magnificently—planned for whole-class discussion to tackle some big ideas posed by the novel. I was so impressed by his and his students’ good work that I wanted to share some tidbits here.

**An important note: All of these points are predicated on a positive, safe learning environment, which likely means that a meaningful, authentic discussion cannot happen until substantial efforts are made in that regard.

Brendan smartly used Tuck Everlasting – a rich text that poses complex questions – as the basis for his discussion. Ultimately, Brendan wanted his students to grapple with the novel’s questions of mortality by asking the overarching question: “What do we think is Babbit’s stance on immortality?” This question allowed students to draw on the plot, on characterization, and even word choice to make informed decisions about what the novel is asking them to believe. Over the course of the discussion, students also made important distinctions between what actually happens in the novel and what the author hopes readers will come to see or believe as a result of these plot points. Brendan had planned for some sub-questions, including, “What would you do if you found the spring?”, but these questions were meant to inspire ideas around the overarching question. I heard Brendan say a couple of times, “Let’s bring this back to our main focus on Babbit’s stance,” and even in the cases when students talked about their own stance, their reasoning helped them to better make a case for Babbit’s.

2. Plan a structure by which students will engage in and with the conversation (cue cards, color system, graphic organizers, t-chart). // Students often feel more willing to participate in whole-class settings when they know there is a clear framework for the discussion. Also, teachers can weave accountability measures into their discussion structure to ensure that all students participate.

Brendan has a large class, so he decided to break them up into two large groups and planned for 2 forty-minute discussions over 2 days. Each group discussed the same overarching question but in a fishbowl-style format. Students on the inside of the circle were required to make meaningful comments, which were tracked by two notecards with their names on them. When a student was ready to make a comment, she raised her hand with her notecard. After making a comment, she passed in her notecard to Brendan.

All students had a graphic organizer to help them take notes, to track their own ideas and corresponding textual evidence, and to track other’s ideas with space for textual evidence that supported, expanded, or refuted those ideas. Students from the outside circle were required to make one “hot seat” comment, where they came into the inside circle to respond to a classmate’s idea. This was also tracked through a different notecard that was submitted to Brendan, after that student engagement with the others for a minute. Overall, this format provided an organized, accountable, productive, and smooth procedure by which ALL students contributed, were heard and were oriented to their peers’ thinking and reasoning. At no point was there ever any confusion about what needed to do or what was expected of them.

3. Provide students with the language they need to meaningfully dialogue with each other’s ideas. // Students do not necessarily come to our classroom already familiar with the sort of phrases that are needed to conduct respectful, on-task discussion. Sentence stems cue students to the ways in which they may enter a conversation. Some of these stems could include:

Not only did Brendan post key discussion stems in his classroom, but he had also introduced and used these stems with students periodically over time. By the time of the Tuck Everlasting discussion, students were well versed in how to respectfully, intentionally, and authentically talk with each other during the conversation. For example, over the course of their discussion, I heard the intentional use of discussion stems like, “I’m changing the topic…”, “I have a cause and effect about that plot point…”, “I’d like to add on to what Alyssa said….”, “I’m going to go with two topics…”, “I’m going back to what Zander said earlier…” Ultimately, these stems forced students to track the conversation and their own ideas, and at one point, Brendan reminded his students of this when he said, “Let’s be sure we are using our sentence stems…” and pointed to the list in the room. There were several moments when a student referred to a specific student’s comment and that student was then allowed to respond using the appropriate sentence stem.

4. Insist that students support their comments with evidence. // If students are going to be specific about their claims and warrants, then they will need to cite appropriate evidence (or research, whatever the case may be) to make those claims credible.

As already mentioned, all students in Brendan’s class had a graphic organizer that they used in preparation for the discussion and during the discussion. It provided deliberate space for them to track evidence from the novel to use in conjunction with peers’ comments. This simple pedagogical decision actually reminded students to use evidence when participating. As a result, I heard students use specific quotations from the novel several times, and Brendan and the other students thanked those students who referenced the text. Brendan even played a quick horn sound-bite from his phone whenever students referenced specific page numbers. Through this simple act, he has explicitly created a classroom culture that promotes excitement around textual evidence. Further, throughout the conversation, students in the outside circle were clearly actively listening, taking notes, and looking through their books the entire time because they knew they were being held accountable for listening, contributing, and supporting their responses.

5. Prepare for your own role as a facilitator. // For a planned whole-class discussion, teachers should plan to intervene in order to revoice, redirect, or reorient a class discussion, but what’s most important in these cases is that teachers avoid an I-R-E model of discussion. In an I-R-E model, a teacher Initiates a question, hears a student Response, and then immediately Evaluates that response (“Good comment,”  “I like that idea,” “You’re right about that,” “That’s not quite what I was looking for,” etc.) without allowing for student uptake of that response. This framework (which can be good in certain cases) tends to control and shut down conversation, rather than to maintain it or open it up, because of the evaluative teacher comments.

I was incredibly impressed by the complex ideas Brendan’s students raised over the course of the discussion about Babbitt’s stance on immortality. For example, one student questioned the sustainability of resources if people were invited to drink from the spring. Another wondered, in the context of our faith, “If we lived forever, we would never experience heaven.” One student figured that only the rich would be able to pay for a drink from the spring and thus, “the rich people win again.” Other students raised questions and comments about war, criminals, creativity of new ideas, and so on, thus allowing Brendan and his students to connect the novel to issues of social justice and critical literacy.

It would have been easy for Brendan to direct the conversation by providing evaluative statements after each of these comments, but he didn’t. He usually deferred to the students, to see how they would shape the conversation, but he clarified or redirected when necessary, reminding them to couch their comments in response to others and/or in reference to their overarching question.

6. Conclude the discussion at the “crest of the wave” and follow-up with an immediate writing task. // Doug Lemov, in his Teach Like a Champion book, suggests that teachers often let discussions drag on too long, past the point of highest interest and eagerness. Teachers need to feel for the discussion as it unfolds, stopping near the “crest of the wave” so that students will want to follow-up through some other task. In other words, if the discussion helped students talk-to-learn, then they should be poised to do something with that learning, whether they write an essay, revise their original thoughts, or write their ideas moving forward.

Brendan had planned for two tasks following the discussion. First, he left time for students to reflect on the discussion through an exit ticket that simply asked: “What is Babbit’s main purpose in writing this book? Use textual evidence to support your response.” This question stated slightly differently from the overarching discussion question, opened the door for student insight that built off of the discussion. They could have talked about new knowledge gleaned from the discussion, or they could have used it as an opportunity to write on a different idea that wasn’t fully discussed during the conversation.

Second, Brendan planned an essay question on the test a couple of days later that asked students to discuss the implications of immortality, in the novel and in their own lives. This question required that they use the novel as a bridge to discuss what questions the possibility of immortality could pose from their own perspective.

Of course, Brendan could have gone in several different directions after this discussion (for example, he and I discussed possibilities for authentic writing assignments), but these assessments worked for his context and demands.

Brendan’s excellent teaching reminds us that meaningful, impactful whole-class discussion clearly requires some forethought and pre-planning. When these strategies are employed, educators can assess what students have gleaned from reading, and students can help one another generate new insights as well. If we want our students to be engaged members of their – local, national, and global – communities, then we should commit ourselves to these strategies and to a classroom culture that prepares our children to participate in their pluralistic and dialogic world. 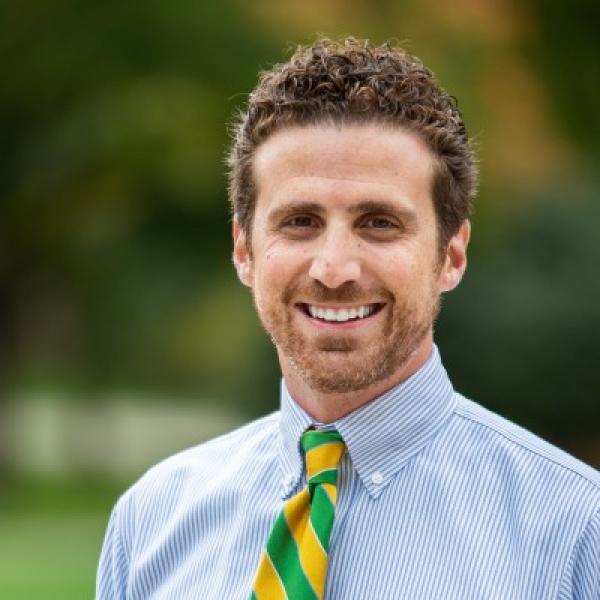