Sr. Jane Herb, IHM of Monroe, Michigan, the president of the Leadership Conference of Women Religious (LCWR) and a longtime Catholic educator, received the 2021 Notre Dame Award for Outstanding Contributions to Catholic Education following a Mass Friday evening on the campus of the University of Notre Dame.

Herb has worked as a teacher, principal, and diocesan superintendent, as well as leading her order, the Sisters of the Immaculate Heart of Mary, and the LCWR. John Staud, the director of the Alliance for Catholic Education (ACE), and Rev. Lou DelFra, C.S.C., the director of pastoral life for ACE, presented the award.

“We give this award to Sr. Jane in recognition for her diverse and manifold contributions to Catholic education, and we at ACE have been blessed to work with her directly for almost 20 years,” Staud said. “In doing so, we also recognize and honor the generations of women religious who built, led, and staffed Catholic schools. We stand on the shoulders of Sr. Jane and those like her who have dedicated their ministries to serving children in our Catholic schools.

Herb was a coach, math teacher, and chair of the math department at Regina High School in Harper Woods, Michigan, a suburb of Detroit, when she entered religious life at 33. She later became principal of Our Lady Star of the Sea High School in Grosse Pointe Woods, Michigan, before working as regional director for the Archdiocese of Boston. Herb then became the superintendent of Schools for the Diocese of Albany, New York, a position she held from 1997 to 2012.

Herb also serves as the president of the IHM community. She was first elected in 2012 and again in 2018. She also serves as an executive coach to students in ACE’s Mary Ann Remick Leadership Program, which forms aspiring Catholic school leaders as they earn a master’s degree in educational Leadership. Herb has also taught courses in the program. 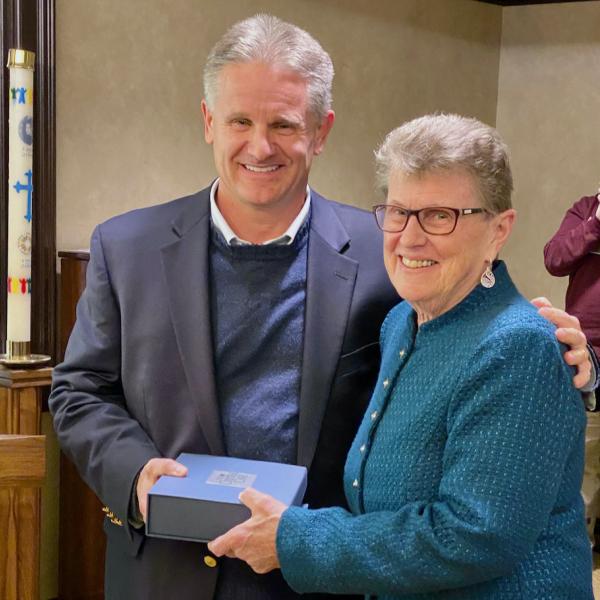